Guest Post--Fleshing Out Your Villains

I have a guest post from an author buddy of mine today, Lee Allen Howard. He’s here talking about his new release, DEATH PERCEPTION, and the process of making a great villain.

Fleshing Out Your Villains

As readers, we’ve come to expect the fully developed protagonist. After all, if the main character is a pasteboard creature, who wants to read the story? So writers spend a lot of time developing their protagonists, and, perhaps, their “helper” characters.

But one thing I’ve learned to do is to give my antagonist equal treatment. Early in my writing career, I created antagonists—what I called “villains”—for the sole purpose of frustrating my hero and his goals. This led to “cardboard villain syndrome.”

Your protagonist and plot are only as strong as your antagonist. He or she (or it or they) must also have a backstory that has led to the development of certain weaknesses, strengths, fears, desires, and goals. He might be an evil bastard, hell-bent on destroying your protagonist, but he also might be a decent guy who just wants the same thing your hero/ine wants, and has the gumption to compete for it. Or he wants the exact opposite of what your hero/ine is striving for, and is willing to fight for it.

Your villain cannot be a skeleton (unless we’re talking about that story I wrote in second grade). He/she/it/they must be fully fleshed using the same development tools you used for your protagonist.

The best information I’ve encountered in 20 years of reading and writing fiction—and reading about writing fiction—I discovered recently in Robert J. Ray’s The Weekend Novelist, in the sections “Weekend 1” and “Weekend 2.” (If you buy this book, be sure to get the original 1994 version, not the revised version.)

Ray leads you through the process of writing a brief character sketch (the broad strokes), plotting a timeline for life and story events, developing a backstory by asking “what if?” to probe motivation, and building a wants list—for your protagonist, your helper, and your antagonist, exploring where desires mesh and clash.

I followed such a process in DEATH PERCEPTION, my latest supernatural thriller tinged with horror and peppered with dark humor.

By devoting as much effort to your antagonist as you do to your protagonist, you will have a stronger story, one that readers will love. Flesh out your villains, and you’ll flesh out your fiction. 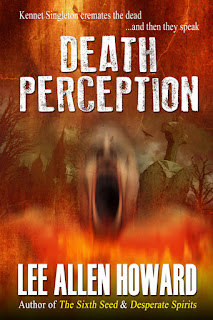 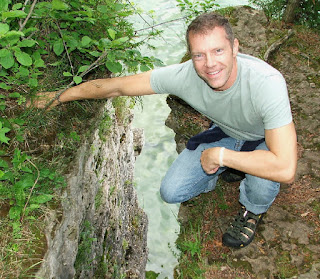 Lee Allen Howard writes horror, dark fantasy, and supernatural crime. He’s been a professional writer and editor of both fiction and nonfiction since 1985. His publications include The Sixth Seed, Desperate Spirits, Night Monsters, “Mama Said,” “Stray,” and DEATH PERCEPTION, available in various formats at leeallenhoward.com.