A Present before my Temporary Absense

I am shortly leaving for the airport to begin my trek to January residency for Seton Hill. So pumped!

So on this lovely Friday, I leave you with an interview of me posted a couple of days ago.

Check it out here.

Since starting in a few hours my free time will average at about zero, I won’t be posting on Monday or Wednesday of next week. Due to traveling and such, I might post Friday, I might not. So at the latest, I shall return on Monday the 14th.

Have an excellent week!

Posted by Unknown at 7:00 AM No comments:

Magic—it’s found in just about every fantasy novel out there as well as a good helping of paranormals and even mixed with the occasional science fiction story.

What do you call your magic practitioners, though?

There are several options, each with its own connotation and background. I have listed some of the more common below with short descriptions and links to more comprehensive sites.

Note that my descriptions and the explanations on the links provided are subject to interpretation. These are the common ways in which these magic-users are portrayed. Conventions are made to be broken.

Hope you find this helpful.

Derived from “wise,” wizards are often portrayed as the quiet, studious type. The line seems to be split 50/50 in terms of natural magical capability that is enhanced by study and the learning of how to manipulate the elements purely through education. (In the case of the latter, the wizard gains his power from study and is a normal human until he begins his learning.) An in-depth analysis of the wizard and his main roles in fantasy literature (the hero, the mentor, and the villain) as well as information on limiting the wizard’s power can be found here.

NOTE: A female wizard is sometimes (but not very often) referred to as a Wizardess in fantasy literature.

Sorcerer’s have natural talent. Unlike wizards, sorcerers do not need to engage in long years of study before they can throw their weight around, magically speaking. In the Dungeons and Dragons world, sorcerers gain their power from natural reflection, which enhances the power already flowing in their blood. A bit more about sorcerers can be found here.

The title “warlock” seems to be associated more with dark magic. The word itself translates literally to “oath breaker,” and it was the name given to wiccans who left their coven. Warlocks are often portrayed as villains and have a tendency to be the magic-users that cross over into the warrior realm. In Dungeons and Dragons talk, we call that multi-classing, but warlocks are hardly that. They just break less easily than wizards or sorcerers. And speaking of wizards, here is a article about the differences between warlocks and wizards.

NOTE: Warlocks (except in fantasy literature) are not male witches.

Shamans are good, pure and simple. They usually live among nature (very removed from society) and take their duty to both nature and the spirit realm very seriously. Here is a very detailed analysis of the role shamans play in fantasy literature.

Druids are not shamans. Where shamans commune more with the spiritual realm of nature, druids are more connected to physical nature. Dungeons and Dragons (back in the day) referred to them as nature priests. Their powers include (but are not limited to) divination and shapeshifting into one or more animal forms. A bit more about fantasy literature druids as well as information about real druid groups can be found here.

They deal with dead things—summonings, communication with spirits, reanimation of corpses, etc. Like warlocks, necromancers are often thrust into villain roles. It’s nothing personal, really. As may be expected from anyone who interacts more with the deceased than the living, necromancers in fiction are often portrayed as at least a little unhinged. That makes them great bad guys. Wikipedia offers an interesting article on the history of necromancy and how it has been viewed over the centuries.

There isn’t much to be found on the interwebs for the role of witches. Perhaps this is because their role seems self-explanatory in the wake of “The Wizard of Oz.” In keeping with the stereotype, witches are often portrayed as evil, as flying on a broomstick, and as wearing a pointed hat. With the expansion of contemporary fantasy, witches have changed and now the title seems to be a catch-all for magic-users (usually women) in modern settings. I guess it sounds more up-to-date than sorceress or wizardess.

NOTE: The witches of fantasy literature are not to be confused with Wiccans (practitioners of Wicca). Information about Wicca can be found here.

---
Other names for magic-users are listed below with a bit of casting info.

Here is a bit more about wizards, warlocks, and sorcerers. 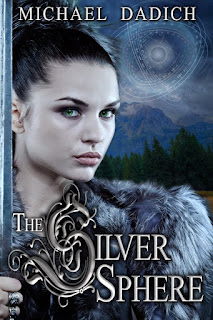 BLURB
Shelby Pardow never imagined she could kill someone. All she wants to do is hide from her troubled father… when she is teleported to awaiting soldiers on the planet Azimuth. Here she is not a child, but Kin to one of the six Aulic Assembly members whom Malefic Cacoethes has drugged and imprisoned. He seeks to become dictator of this world (and then Earth by proxy).

His father, Biskara, is an evil celestial entity, tracked by the Assembly with an armillary device, The Silver Sphere. With the Assembly now deposed, Biskara directs Malefic and the Nightlanders to their strategic targets. Unless….

Can Shelby find the other Kin, and develop courage and combat skills? Can the Kin reassemble in time to release or replace the Assembly, overthrowing Malefic and restraining Biskara?

Author Information
I’ve been writing since first setting pencil to steno pad at age 8. A year later, I began developing the world of my current series-in-progress, and even created its title, The Silver Sphere. Now, with the support of years of experience, those early maps and back stories have progressed into what I hope is a fresh and entertaining take on the classic young adult fantasy adventure.

Despite my frequent escapes into parallel worlds, I root myself firmly in my very real family and community. When not pacing the yard maniacally after every few pages of writing, I spend as much time as possible hanging out with my studly 9-year-old son, and my inspirational wife Jenna. I also coach several local youth sports teams in Beverly Hills, and alternate between yelling at my two crazy Corgis and hiking with my trained German Shepherd.

For more, join me in my favorite fantasy worlds, from Lord of the Rings to the creations of C.S. Lewis, Anne McCaffrey and Terry Brooks. Even more importantly, stop by and say hello on my Facebook page at AuthorMichaelDadich, tweet me at @MichaelDadich, and stalk my website at thesilversphere.org.

I am just one of several stops on today’s tour. Check out the others here.

And don’t forget to leave comments on this and other tour stops! Michael will be giving away a $75 Amazon or bn.com gift card to one randomly selected commenter during the tour.