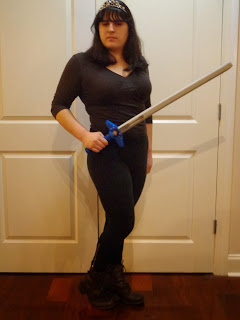 Mary DeSantis, also known as desantism, is an –ism—almost enough said. After spending the first twenty-something years of her life in a small city fifteen miles north of Boston, she up and moved to North Carolina, where she’s resided for about two years. Mary has been an avid Disney lover from age too-young-to-remember and, as a result, writes fantasy, often about royalty and soldiers. When she’s not slaving away in front of her computer, Mary can be found belting Disney songs at the top of her lungs, hanging with her local buddies from Write Club (which she’d discuss, but the first rule of Write Club…), getting lost in a book, or learning to fight fire breathing dragons.

I’m a twenty-something with an addiction to higher education. I have a B.A. in psychology from Merrimack College and a MFA in Writing Popular Fiction from Seton Hill University. My original plan had been to pursue a career in neuroscience (big, scary word) and eventually work in a lab doing something complex. “The best laid plans of mice and men….” My senior year of college, I decided I didn’t want to work in a lab and, in fact, wanted to write, so I changed tracks. Now I’m very happy (though I do occasionally miss the social sciences). Don’t tell them I said that.

Get in touch with me. E-mail Me

I can also be found, but am not lost, in the following places: 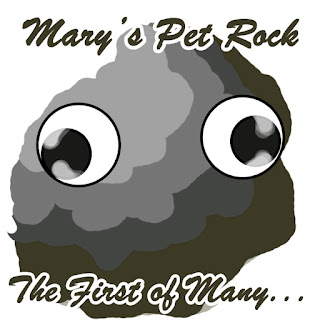 Heard of the Cat Lady? Well, I’m not a fan of cats—think I’m allergic. Love dogs, but they’ll be a bit too much work when I’m older. So I’ve decided pet rocks are the way to go. You don’t have to feed them, walk them, or clean up their excrement. It’s a good deal. I present my first pet rock.

-This art is brought to you by the letter R and the number 2—also known as R Squared Writes.