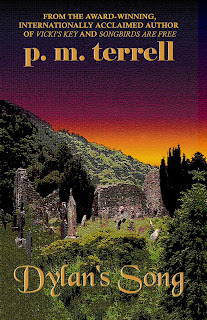 AN INTERVIEW WITH P.M.
-What book and/or experience made you want to be a writer?

When I was in grade school, my father (an FBI Agent) was transferred from New Jersey to the Mississippi Delta and I experienced quite a culture shock. The principal of my school encouraged me to write. I don’t know if I ever would have begun writing had it not been for her influence. My first “book” was about 13 pages long, and I was hooked. In the 1980’s I was asked to write several computer software books when the personal computer industry was in its infancy. But it would take another twenty years for my suspense/thrillers to get picked up and launch a full-time writing career.

-What genres do you write?

I have written in four genres: computer how-to books, a how-to book for authors, historical adventure and contemporary suspense.

In Dylan’s Song, Dylan Maguire must return to his native Ireland with psychic spy Vicki Boyd in order to find and extract a missing CIA operative. But while he is there, he finds himself confronting the past he thought he’d left behind forever—and which is now on a collision course with his CIA mission.

The bogs were no place to be during the witching hour.

Dylan had grown up with stories of the bogs at night. The ground percolated; it lived and it breathed. There had been many a time when he was harvesting peat in broad daylight that he’d heard a whisper at his ear or felt hot breath on his neck, only to find there was no one near. Now as he rode his horse in silence, he felt that presence tenfold; there were eyes watching them. The intermittent tuffs of heather swayed in the growing storm and he found himself watching them with narrowed eyes, waiting for the plants to morph into sinister creatures that claimed this land after the sun went down.

A mist began; a slow, fine spray that he knew well. One moment the air was still and dry and the next, as though they’d passed through a curtain, the air swirled around them, the moist haze further inhibiting their ability to see. It was said many a man lost his internal compass in the Irish mist; it taunted as it grew into monstrous shapes, turning the landscape into something foreign and active.

Yes. Take your ego out of your work. I’ve seen a lot of writers who wrote decent books but they resisted any editor’s attempt to make it better. Some of them could have been great works and some of these authors could have been experiencing successful careers. Instead, their inability to remove their egos from their writing stopped their forward progress.

Also, always try to hone your skills and improve your craft. There is always something to learn that will make your books better.

I enjoy romantic suspense. I want a plot to sink my teeth into but I also want to experience that push-pull between two people that adds an additional layer to the story. I also enjoy true adventure; placing ordinary people into extraordinary situations is something I find very interesting.

It’s a tie between Dylan’s Song and The Tempest Murders. Dylan’s Song takes place almost entirely in Ireland, and I loved weaving that landscape into the suspense—especially the bogs. The Tempest Murders I loved writing because of the relationship between the Irish detective and a woman he is convinced he knew in another lifetime. I loved the time travel element. 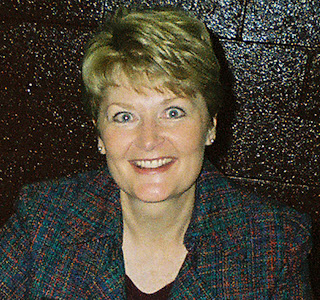 P.M. Terrell is the internationally acclaimed, award-winning author of more than 16 books in 4 genres. Her most recent series includes four suspense novels; Vicki’s Key, the second in the series, was a finalist in the 2012 International Book Awards and 2012 USA Best Book Awards and Secrets of a Dangerous Woman has been nominated for an IPPY Award. Suspense Magazine says her books are “powerfully written and masterfully suspenseful; you have to hang on for the ride of your life.” And Midwest Book Review says, “This author has effortlessly set herself at the top of the ranks of suspense writers.”

River Passage, an historical work based on her ancestor's migration to Fort Nashborough in 1779-1780, won the 2010 Best Fiction & Drama Award. The Nashville (TN) Metropolitan Government Archives determined it to be so historically accurate that they entered the original manuscript into their Archives for future researchers and historians.

Prior to becoming a full-time author in 2002, Terrell founded and operated two computer companies in the Washington, DC area. Her clients included the United States Secret Service, CIA, Department of Defense and federal and local law enforcement. Her specialty is in the areas of computer crime and computer intelligence. Her experience in these areas have greatly influenced her books' plots.

She is also the co-founder of The Book 'Em Foundation, whose slogan is "Buy a Book and Stop a Crook" and whose mission is to raise awareness of the link between high crime rates and high illiteracy rates. She founded Book 'Em North Carolina Writers Conference and Book Fair, an annual event to raise money to increase literacy and reduce crime. For more information on Book 'Em North Carolina, visit the website and the blog.

I have a special place in my heart for all things Irish. Thank you, P.M., for that great interview and awesome excerpt!

Want more? Follow the rest of the tour here.

And of course, don’t forget to comment for a chance at an amazing prize.

P.M. will be awarding a Celtic Knot Necklace to a randomly drawn commenter during the tour. 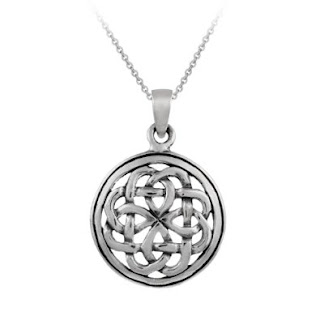 Today’s post is a short one. I’m feeling pressed for time. Between school and keeping up with my various writing groups, it’s as if the ceiling’s caving in and the walls are shrinking. In reality, this is not the case—or else I’d be writing my life as a novel…or trapped in a novel someone else wrote—but man does it feel that way.

One of the reasons I’m living in an increasingly dwindling space has to do with that thesis I’m writing. While I’ve gotten past my intense dislike/hatred of the project, I’m stuck on one of those points where I’m not sure what’s happening next. I need to fill out story before my final battle, but I’m not sure what to fill it with. I had a small breakthrough yesterday, but that was, as I said, small. I need better than small.

You know those moments. Even if you’re not a writer, you know that feeling of being “stuck.”

For the writers, here’s how I get unstuck. If your usual methods for unsticking fail you at some point. Here are two more to try.

While talking to writers is invaluable, sometimes I need the other perspective. So I hunt down people who like to read and yammer at them about my thesis. They tell me what would interest them. I take that and pull something out of it. That’s my audience. I want to satisfy them. Please note that I know these readers. I don’t corner helpless people on the street and demand inspiration.

-Wander around and talk to yourself

I’m not crazy. All writers talk to themselves. Some do it quietly. Me, I prefer to wander around my room/condo—depending on the status of others being home—and talk to myself. I did this yesterday and got 1200 words out of it. Must be working.

So the next time you're stuck, find some readers who are people you know (or people you don’t know—your choice) or walk in circles and talk to yourself. One method is bound to work.

Thanks for reading, and now I’m back to the writing board.