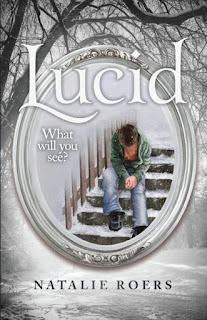 BLURB
Being hailed by critics as an intelligent new voice in young adult fiction, Roers' debut novel tells the anything but ordinary, coming of age story of a small town, teen aged, misfit named Travis Hunter.

Disfigured at birth and ostracized at school, Travis dreams of acceptance and secretly yearns for the affection of a beautiful young woman named Corrine. When a mysterious doctor promises to help Travis through something called lucid dreaming, Travis suddenly finds himself ushered into a secret society called "The Lucid", a collection of social outcasts like himself, who have created their own world inside of dreams.

When Travis discovers he is able to bring Corrine into these dreams, he gets more than he ever bargained for and soon finds himself learning the secrets of love and life in a fantastic unconscious world.

An instant classic, Lucid is a timeless story of self-acceptance with a fresh paranormal twist.

EXCERPT
Corrine sipped nervously at her coffee, looking for the most appropriate way to brush over the topic. “It was just nice being able to be ourselves, ya know? No fears, no consequences, no regrets. It’s such a significant word, isn’t it?”

“Lucid. It means to have a clear perception of things. Don’t you think it’s funny that it would take a dream for us to see clearly?”

Corrine placed her coffee on the ground next to her. “Like you,” she said. “Who would’ve known you were like this?”

“Well for one, you talk!” She laughed. “I must’ve seen you dozens of times before. Why don’t you ever say anything to anyone?”

“I’ve been around enough people to know what they’re thinking when they stare at me. It doesn’t help me any to hear them say it.”

Corrine reached a hand forward and touched my knee. “I’m not gonna lie,” she said. “You do look a little different. You know what though? I don’t even notice it that much now that I’m talking to you.”

I looked down at her hand.

She pulled it back. “You should talk more,” she said, nodding. “Some people might surprise you. Not all of them…but some.”

---
"Roers' debut novel heralds the arrival of an intelligent, heartfelt voice in the world of young adult fiction. The rich characters, emotional complexity, and confident prose are matched only by the landscape of dreams that Roers sets them against... a landscape brought vividly to life by the author's seemingly boundless imagination. This is a novel that respects its readers as much as its characters, and that's a beautiful rarity." ~ Mike Flanagan, Filmmaker, Absentia and Oculus 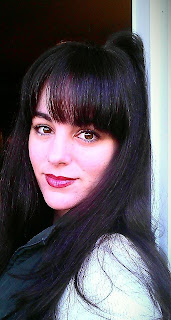 Natalie Roers is a veteran writer, voice artist, and on-air personality. A journalist by trade, Lucid is her first work of fiction. She is busy at work on her second novel and hopes to raise money and social awareness for worthy causes with each book she writes. Natalie plans to donate a portion of every sale of this book to her favorite anti-bullying organizations. She lives with her husband Cory, and son Austin, in Columbia, South Carolina.

Find Natalie on her websites: jointhelucid.com and Natasha-r.com. Connect with her on Facebook: Natalie Roers and Lucid. Check out her blog, and follow her on goodreads.

I chose to host this tour, not only because LUCID looks like a great read, but also because I know how it feels to go through school different from the other kids. Having a disability does that to you. Well done, Natalie, for writing about the different kid.

Natalie will award a $10 Amazon or BN.com gift card to one randomly drawn commenter.