BLURB: from Goodreads
Sixteen year old math whiz, Autumn, spends her days reading about serial killers and dreaming of becoming an FBI Profiler. She never dreams her first case will be so personal. Her world is shattered when she comes home from school and discovers her murdered sister’s body on the living room floor. When the initial evidence points to a burglary gone wrong, Autumn challenges the police’s theory because of the personal nature of the crime. Thinking that finding the killer will bring her family back together, she conducts her own investigation using her affinity for math and forensics, but her plan backfires and her obsession with the case further splinters her family.

When her investigation reveals the killer is someone she knows, Autumn offers herself up as bait and sets a dangerous trap to unmask his true nature and to obtain a confession for her sister’s murder.

---
Buy Unraveled directly from Evernight Teen or get it on amazon.

Find both the book and S.X. on Goodreads.

Posted by Unknown at 1:06 PM No comments: 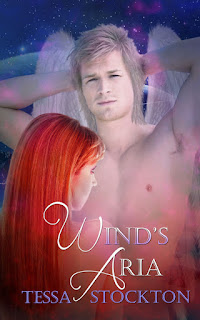 BLURB
Aria falls into the hands of the dreaded angel who seems to have stolen more than her voice . . .

He pushed further back into the shadows as she strode closer. “Someone you need not know.”

“What’s that supposed to mean?”

When he didn’t answer, she sighed.

He stood, speechless, knowing he shouldn’t be there at all—conversing with a Meleyan—especially not their musical deliverer that he was set to doom the day after tomorrow.

A peculiar grumbling interrupted her insistence, to his relief.

“Sorry.” She patted her stomach. He could see, even in the blackened night, how her face turned a deeper shade of red than her hair. “I’ve forgotten to eat. I guess I’m hungrier than I realized.”

He plucked an apple from the tree he’d nearly become a part of and held it out to her. The girl approached tentatively. She reached for the fruit but recoiled when her fingers brushed his.

“Is touching me so horrible?” he asked.

Her jaw dropped open and her delicate brow furrowed. She inclined her head. “It . . . hurt.”

“How?” he asked, for her fingers felt good to him, soothing. Warm. He wanted to try again.

“Hum.” Unsatisfied with the answer, he tossed the apple to her and watched as she crunched her teeth into it.

A veteran of the performing arts and worldwide missions, Tessa Stockton also contributed as a writer/editor for ministry publications, ghostwriter for political content, and she headed a column on the topic of forgiveness. Today she writes romance and intrigue novels in a variety of genres. In addition to her fantasy romance, WIND’S ARIA, she’s the author of suspense/thriller, THE UNSPEAKABLE, political intrigue/romance, THE UNFORGIVABLE, and a literary short story, LOVE AND LULL, with more in the works.

Grab it at Soul Mate Publishing’s bookstore, on amazon, or at B&N.

And don’t forget to leave a comment below. One randomly selected commenter from the tour will win a $50 Amazon gift card! 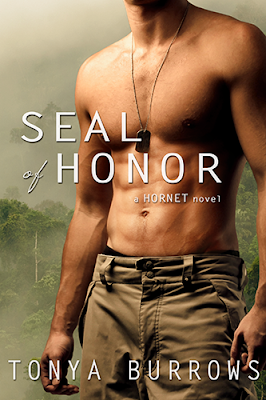 SEAL OF HONOR, the first book in a sexy new special ops series in which a Navy SEAL is offered the chance to command a private hostage rescue team of military and government delinquents.

ABOUT TONYA
Writing has always been my one true love. I wrote my first novel-length story in 8th grade and haven't stopped since. I received a B.A. in creative writing from SUNY Oswego and I'm now working on a MFA in popular fiction at Seton Hill University.

When I'm not writing, I spend my time reading, painting (badly), exploring new places, and enjoying time with my family. Give me a good horror movie over a chick flick any day. (And, let's be honest, I'll take a bad horror movie too!) I'm a geek at heart and pledge my avid TV fandom to Supernatural and Doctor Who. I'm also a big fan of The Voice. What can I say? Guilty pleasure.

I share my life with two dogs and a ginormous cat. We live in a small town in PA, but I suffer from a bad case of wanderlust and usually end up moving someplace new every few years. Luckily, my animals are all excellent travel buddies.

Buy SEAL OF HONOR, beginning on May 28th, on amazon or B&N. Add it on Goodreads now!