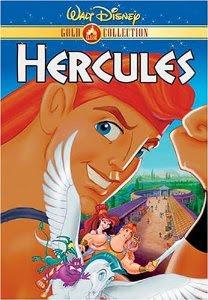 IMDB blurb
The son of the Greek Gods Zeus and Hera is stripped of his immortality as an infant and must become a true hero in order to reclaim it.

Now that that’s out of the way.

If you can’t tell, I love this movie. Meg is kickass. Pain and Panic are hilarious, and Hades is possibly one of my favorite Disney villains ever. I mean really.

“The Big Olive itself.”

Voices: Meg is voiced by Susan Egan who was Belle in Beauty and the Beast on Broadway and also the singing voice of Angel in Lady and the Tramp II. Phil is Danny DeVito, who also voiced the Lorax in the Lorax. He also played Matilda’s father in Matilda. Panic is voiced by Matt Frewer who, ready for this, voiced Jackal in Disney’s Gargoyles.

Bonus Round – The young heroes TV show. That’s all I need to say.

Actually, to be completely serious for once, I offer this song.

It’s something all writers need to keep in mind. Last week, I forgot this, and I had zero productivity. We can go the distance. This is more important than any writing lesson I could have extracted from the movie. So listen to that again. Then listen to the movie reprise version, which is the theme song of my thesis because it involves a Pegasus flying off into the night sky.

And join me next week for The Hunchback of Notre Dame.